Have you ever looked at an ad or a webpage or a product and felt a strong and sudden desire to make a purchase? The instant-gratification of owning a product or experience becomes the goal and the outcome.

There’s a very real possibility that brands have tricked your brain into buying more. This is impulsive buying.

Impulsive buying is triggered by an irresistible desire to buy and an inability to evaluate its consequences. Impulse purchases occur when there is a strong and sudden emotional trigger, which arises from reactive behaviour. As consumers, we are confronted with various commercial stimuli that shape our choices. In this article we will explore the role of persuasive communication in a brand’s growth marketing strategy in order to trigger impulse buying.

But how does this work, and can it be engineered? Short answer: Yes! To answer this question at length let’s take a look at Dr Robert Cialdini’s Principles of Persuasion.

As a salesman and later as a Professor of Psychology at Arizona State University, Cialdini identified 6 key principles of persuasion that could trigger a person to take a desired action. These mechanisms are unconscious and significantly occur while we are making purchasing decisions. In 1984, he wrote the book ‘Influence – The Psychology of Persuasion’ which outlined six ways we humans are influenced – in both helpful and harmful ways. These were later popularly dubbed as Cialdini’s Six Principles.

These psychological principles are Reciprocation, Authority, Scarcity, Likability, Social Proof, Commitment and Consistency. More recently, he added a seventh principle, namely, Unity. While the applications of these principles are endless, read on to learn how they can be used in Marketing to communicate and engage with users to motivate them to make a purchase.

1. Reciprocation: People tend to return a favour. Thus the abundance of free samples, invitations, pleasant experiences and useful information in marketing. The best way to network is to meet people you like and help them out. Once you’ve helped someone out, they are more likely to return the favour when you need it.

An example from the book: There was a university professor who sent out Christmas cards to perfect strangers. Amazingly these strangers returned the favour as cards came pouring into his mailbox from people he had never met before – and most of them never even asked who he was.

2. Commitment and Consistency: If people commit to an idea or a goal, they are more likely to honour that goal even if it no longer makes sense to. This is why marketers make you close popups by saying ‘I’ll Signup Later’, allow you to ‘Wishlist’ and follow up with you if you have added something to cart and abandoned it.

Here’s an excerpt from the book:

Suppose you wanted to increase the number of people in your area who would agree to go door-to-door collecting donations for your favorite charity. You would be wise to study the approach taken by social psychologist Steven J. Sherman. He simply called a sample of Bloomington, Indiana residents as part of a survey he was taking and asked them to predict what they would say if asked to spend three hours collecting money for the American Cancer Society. Of course, not wanting to seem uncharitable to the survey taker or to themselves, many of these people said they would volunteer. The consequence of this sly commitment procedure was a 700 percent increase in volunteers.

Flipkart sends emails to persuade users to follow through on their commitment to buying a product if they have abandoned a cart.

3. Social Proof: People will do things that they see other people doing. This is why certain social networks show you which of your friends like a page or are going to an event. Social media platforms such as Facebook, Instagram and Twitter are based on this principle. It is also seen that comedy shows on television add a laugh track in the background. Many experiments show that people laugh longer and more often when there is a laugh track in place. They also rate the material funnier. We often look to others for validation and to see what the correct reaction should be. This could be one of the reasons for herd or mob mentality, as we often assume that the choices made by a group are right.

A word by Cialdini on this:

At the height of the disco craze, certain discotheque owners manufactured a brand of visible social proof for their clubs’ quality by creating long waiting lines outside when there was plenty of room inside.

BookMyShow uses Social Proof to create an urgency to book tickets while TSeries uses the principle to show a high number of views for their videos creating a perception of success.

4. Liking: People are easily persuaded by other people and are more likely to buy something similar if they liked the person selling it to them. People prefer to say yes to someone they feel they know or like as a person. So be nice in arguments (and in life, it’s short)! There are many ways to get people to like you – compliments, support, contact, interest and being physically attractive:

A study of the Canadian federal elections found that attractive candidates received more than two and a half times as many votes as unattractive candidates. Despite such evidence of favoritism toward handsome politicians, follow-up research demonstrated that voters did not realize their bias. In fact, 73 percent of Canadian voters surveyed denied in the strongest possible terms that their votes had been influenced by physical appearance; only 14 percent even allowed for the possibility of such influence.

In one study, good grooming of applicants in a simulated employment interview accounted for more favorable hiring decisions than did job qualifications — this, even though the interviewers claimed that appearance played a small role in their choices.

5. Scarcity: Less is more. Perceived scarcity of something makes consumers want it more. For example, saying offers are available for a limited time only encourages sales as things seem more valuable when they are limited in quantity. To use scarcity to your advantage, run a promotion for your product that is limited by time or the number available. This triggers the fear of missing out aka FOMO. People also tend to have a harder time dealing with the prospect of losing something than the prospect of gaining something (also known as loss aversion).

Here’s an example by Cialdini:

The Souled Store uses Scarcity in a contest to increase sales.

6. Authority: We follow people who look like they know what they’re doing. It’s easier to trust an authority figure in the field than it is to do your own research on any given topic. So for medical advice you would most likely prefer the advice of a doctor; but if a woman dressed as a doctor gives you medical advice, you are still likely to follow the advice even if she isn’t a real doctor. Another interesting thing to note is that authority is transferable. This is why celebrities can endorse a range of products even if they aren’t knowledgeable about them. People in general are more obedient often to their detriment just because someone in power has asked them to do something:

For example, Alan Savory the ecologist infamously killed 40000 elephants because it was believed that grazing was causing the desertification of Africa, only to find out later that elephants were essential to prevent desertification.

Finally, the act of using all these principles in tandem to make a series of triggers and suggestions have a compound effect on the consumer pushing them to make purchase. 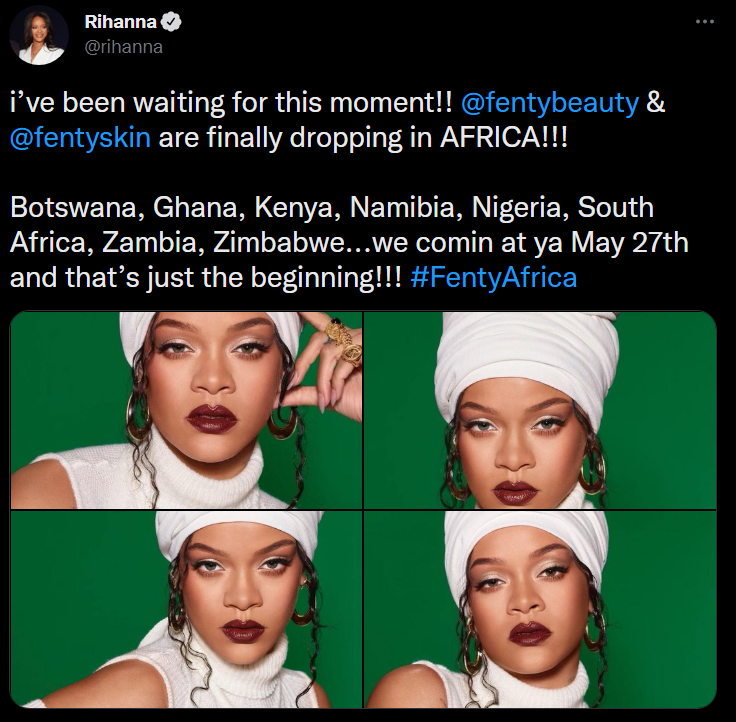 Rihanna uses her Authority as a celebrity influencer to promote the brand Fenty.

Infiniti offers a Limited Lifetime Warranty to create Authority and protect the reputation of the brand.

7. Unity: It’s all about us. So what is this principle? Cialdini calls it “Unity.”, By that, he is referring to a shared identity that both the influencer and influencer and audience are part of. The more we perceive people are part of “us,” the more likely we are to be influenced by them. This is the reason community-building is so vital in the process of brand-building today. Communities congregate around a brand and facilitate meaningful interactions around it while fostering brand loyalty.

Nike renamed their running app Nike+ Run Club to leverage Unity and create a sense of community and belonging.

Using these principles is a sure-fire way to increase sales for your brand. For more information or advice on how to scale your brand for growth get in touch with us at Tech Bay Leaf!

Ready To Accelerate Your Growth?

Talk to an Expert

Fill Out Our Form & We’ll be in Touch Shortly